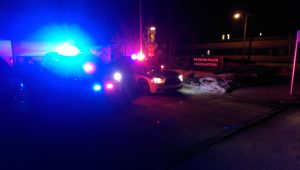 “We understand car seats can be confusing to install. Our statistics show that half of Saskatchewan children under age 8 are not properly fitted in their car seats and that concerns us,” said Shannon Ell, SGI’s Manager of Traffic Safety Promotion.

Car seat clinics will be held in communities around the province. At the clinics, trained car seat technicians will check whether the car seat is appropriate for the size and age of the child, and whether it’s installed and fitted correctly. 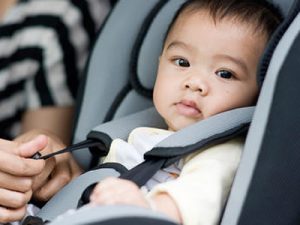 “SGI is committed to traffic safety. Starting with children in car seats, we’re working with residents to make Saskatchewan a safer place at every stage of their lives,” said Ell.

As a bonus, those who attend the car seat clinics will be entered in a contest to win a booster seat, with a draw occurring at each clinic, as well as a grand prize of a $1,000 Registered Education Saving Plan contribution to be awarded at the end of the Fall, courtesy of SGI.

The car seat clinics aren’t the only opportunity you have to check your car seat. SGI has trained car seat technicians located around the province. You can book an appointment with one of them to have your car seat checked for suitability and fit.

In Canada, operating a boat while under the influence of alcohol or drugs is an offence under the Criminal Code of Canada.  You’re considered to be ‘impaired’ or ‘under the influence’ if you’re tested (with a breathalyzer or blood test) and the results determine that your Blood Alcohol Concentration level (BAC) is in excess of 80mg. Sure, people’s tolerance level to alcohol may vary, but this number does NOT. 80mg = drunk boating. And for good reason – 65% of the boating-related accidents in Canada involve alcohol consumption as a factor.

Alcohol may be consumed on board a boat in Saskatchewan so long as the boat has a permanent toilet, cooking facilities, sleeping facilities and it is anchored or moored to shore.

As the boat operator, it is YOUR responsibility to make sure your boat meets requirements before any passengers crack open any beer or liquor. It is also your 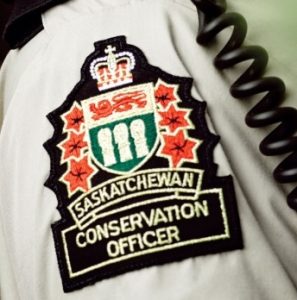 responsibility to stay sober to make sure everyone gets home safe.

Weyburn Police Combined Traffic Services will be partnering with Saskatchewan Ministry of Environment Conservation Officer’s from the Weyburn Field Office to conduct boater sobriety enforcement as well as ensuring boaters are complying with regulation of the Saskatchewan Small Vessel Act.

Drivers must slow to 60 km/h in highway construction or orange zones, when encountering emergency vehicles (ambulances, fire trucks, and police vehicles), tow trucks stopped on the roadside and around snow plows in winter.

There are some rules that apply specifically to meeting emergency vehicles on the road: 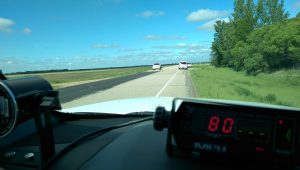 The warmer months in Saskatchewan mean that municipal and highway workers are busy improving roads and infrastructure.

“Drivers are more likely to come across construction or orange zones in the summer and fall. They should familiarize themselves with ongoing construction projects on their route and plan ahead. They should also remember the traffic safety precautions they need to take in orange zones,” said Ell.

Drivers should keep these requirements in mind when going through construction areas:

Members of Weyburn Police CTSS, Weyburn RCMP Traffic Services, Saskatchewan Highway Patrol and the Canada Border Service Agency will be conducting an enforcement and education blitz focusing on mechanical fitness of vehicles; commercial and private.  Members will be focused on violators of the Vehicle Equipment Regulations, The Highway and Transportation Act and Motor Vehicle Transport Act; as well as other relevant acts.  It is important that vehicles of all shapes and size be fit for road use – be it in good working condition. Everything from the operation of signal lights, brake lights, day ti

me running light (DRL’s),  brake linings, tire tread to windshield condition is included in this assessment and plays a pivotal role in ensuring safe operation of motor vehicles; more so, will protect from and mitigate the likelihood of collisions, injuries, or death on Saskatchewan Highways.

Remember to slow down to 60km/h when passing emergency vehicles with light activated as our members will be working hard to ensure our roadways stay safe for everyone.

Public-Rail Safety Week takes place across Canada and the United States September 23-29.  Weyburn Police Service would like to remind everyone of the dangers of railway crossings and the seriousness of trespassing on railway property.

According to February’s railway safety statistics, crossing incidents are on the rise in Canada in 2017 compared to the same time last year.  In January 2017 there were three trespasser fatalities and two crossing fatalities in Canada.  Virtually all of these incidents and other rail-related injuries were totally preventable. 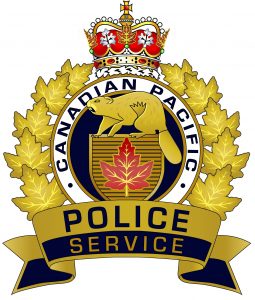 “Everyone should be aware, attentive and prepared to stop at highway/railway crossings,” says Edward Soldo, Director of Roads and Transportation.  “Whether you’re a driver, cyclist or pedestrian, signs and signals must be obeyed and you should never attempt to go under or around a closing gate.”

“Railways are private property and playing on the tracks or bridges is not only illegal, it is dangerous and could be fatal,” says Mayor Matt Brown. “We must always be vigilant, but during Public-Rail Safety week we especially encourage parents to teach children the only safe way to cross railway tracks is at designated crossings. Never play near or on the tracks.”

Weyburn Police Service will be collaborating with CP Police (Moose Jaw Detachment) this week to ensure motorist and pedestrians are following the rules of the road and of the railway while travelling and around railway yards and crossings.

SGI’s JFO Traffic Safety Awareness focus for the month of October is Distracted Driving. Member’s of Weyburn Police CTSS, Estevan Police CTSS, Moose Jaw Police, and Weyburn RCMP Traffic Services will conduct enforcement in several locations within the city of Weyburn looking for those who continue to drive while distracted. Driving while distracted is the number 1 contributing factor in collisions overall and one of the top 3 factors in fatal collisions. The most common driver distractions are: texting, using a hand-held electronic device like a cellphone or smart phone, eating & drinking, reading, smoking, and pets.

SGI’s JFO Traffic Safety Awareness focus for the month of December is Impaired Driving. Member’s of Weyburn Police CTSS, Moose Jaw Police CTSS, Regina Police CTSS, Saskatchewan Highway Patrol, Saskatchewan Ministry of Environment(Conservation), & Weyburn RCMP Traffic Services will conduct enforcement in several locations within and near the city of Weyburn looking for those who choose to drive impaired. Driving while impaired is the number 1 criminal factor in collisions overall and one of the top 3 factors in fatal collisions. Officer’s have powerful tools in detecting impaired driving, including but not limited to alcohol detection devices, Standard Field Sobriety testing, & Drug Recognition Experts. Members will issuing “positive” tickets to designated drivers transporting individuals under the influence of alcohol or drugs. During this initiative, expect to travel through a check-stop location or being stopped by one of our partnering agencies.

“This Ride is on Us” – Impaired Driving Awareness Program – Concluded

This program is focused on reducing impaired driving by encouraging those attending partnering establishments to consider alternative options instead of driving after consuming alcohol. To increase awareness, those wishing to voluntarily participate will be provided with a taxi voucher for a safe ride home in exchange for their vehicle keys. SGI, MADD, and Weyburn Police Service has partner with several community establishments to bring this program to Weyburn.  **Service not available – concluded January 2019** 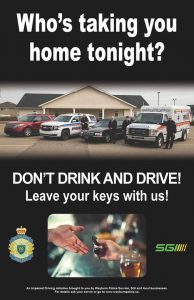